Born in Brazil, Isabele Melo Elefson began her Ballet training in the Royal Academy of  Dancing system and continued her studies with Halina Biernacka, a protégé of Bronislava Nijinska. Isabele danced with several companies in Brazil, including The Classical Ballet of Sao Paulo and Cisne Negro Cia de Danca, where she performed soloist roles in The Nutcracker. In the United States she has performed with The Ballet Theatre of Chicago. As a guest artist she has performed with the Boca Ballet, The Civic Ballet of Chicago (under the direction of Larry Long), other Chicago local companies and at the Ravinia Fesival. She has danced lead roles in Giselle, Coppelia, The Nutcracker, The Sleeping Beauty, Les Sylphides, Paquita, La Fille Mal Gardee to name a few.  Additionally, she has performed in many contemporary ballets, including works set by Mr. Lou Conte, Paula Young David and others. Isabele is currently on faculty at Cincinnati 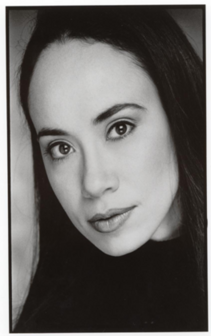