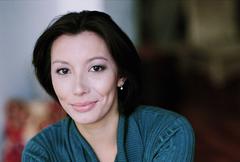 Eilleen Mallary has been a Culture Shock® Chicago dancer for the past 11 years and also serves as Executive Director. She trained at the Royal Academy of Fine Arts and is a former company member with Clear Lake Metropolitan Ballet, where she performed in productions of The Nutcracker, Sleeping Beauty, Cinderella, Dracula and Coppélia. She also had the honor of serving as the variations assistant to prima ballerina Janie Parker, the first American dancer to win a gold medal in the USA IBC. With Culture Shock, she has performed extensively throughout Chicago, as well as touring the US and Canada. She assisted with and performed a flash mob for Pillsbury with gospel duo "Mary Mary" and was an OfficeMax elf in the McDonald's Thanksgiving Day Parade 2012. She can be seen on film in the "Get Hybrid" mattress commercial and has performed for Adidas-Lollapalooza, Coca Cola and Nike’s “Let’s Move” campaign launch with First Lady Michelle Obama. Her most recent commercial choreography includes flash mobs for Bacardi, The Thrillist and Fresh Thyme Farmers Market. Her students and choreography have won numerous awards and recognition at competitions and the city's annual dance festival, Dance Chicago. Eilleen is a passionate and dedicated teacher who strives to inspire and create positive change through dance.