A Macon Georgia man, Daniel “Qwan” graduated from the University of Georgia and has danced with 13TH Floor Performing Arts in South Africa, The Seldoms, Jump Rhythm Jazz, Five Star Boogie, Lucky Plush and Culture Shock Chicago. When he’s not making music videos with Kanye West, he teaches full-time and judges on the weekends. Mr. Gibson debuted with Crash as a guest artist in 2007, was promoted to performing apprentice in 2008 and served as a full company member 2009-2015. Daniel Gibson is the only Chicago Dance Crash Performance Ensemble Member in history to have a Season production named after him.​ 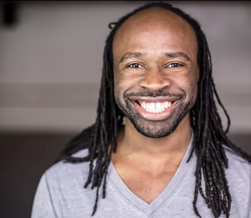